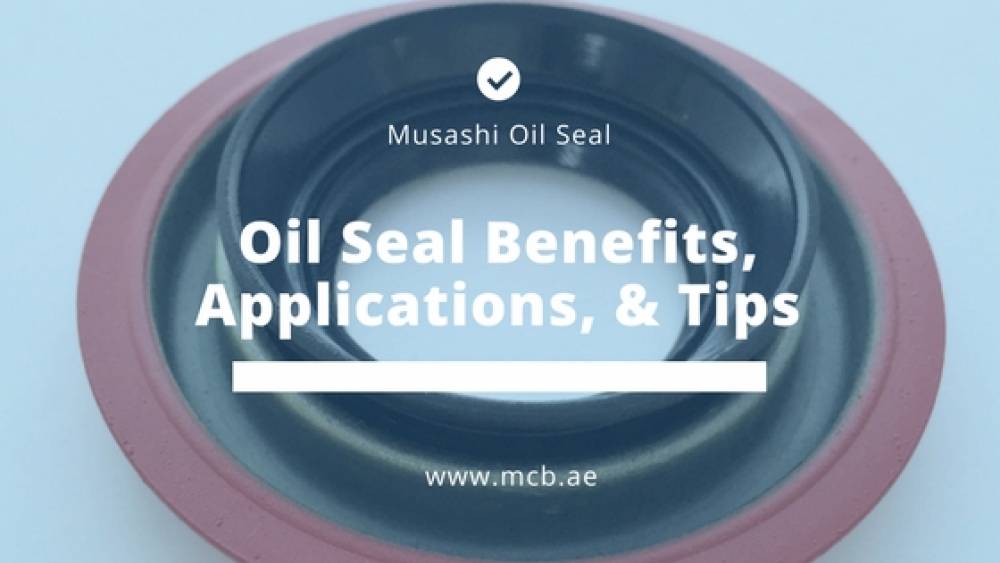 Oil Seals: Benefits, Applications & Tips on Choosing the Right One for Your Equipment

In any mechanical manufacturing company, optimal performance and long service life are vital to your products’ success in the market. No matter how much we go deeper in considering the brand and in deciding which one would last longer than the other, it’s also significant to at least put into consideration the importance of maintenance and preventive measures.

If there is any component that is underappreciated within a mechanical assembly or a bearing assembly, it would be the oil seal. Due to its relatively inexpensive cost, the importance of oil seals is often being overlooked and neglected. However, being a game changer in a bearing assembly, one must know the benefits it contributes in keeping your machine in perfect shape.

Often called a rotary shaft seal, oil seals purposely serve to close the gap between stationary and moving components. When properly installed, oil seal’s  main job is to retain or separate fluids. Furthermore, it also helps in preventing lubricants from escaping the gauge as well as it prevents foreign contaminants from moving in through the clearance. Seals also serve to prevent intermixture of two fluid mediums such as oil and grease . An oil seal that fails and create seal leakage, enables abrasives and corrosive moisture apart from allowing sediments to enter your machine.

Bearing manufacturers stress the importance of selecting the right seal for your machine for each has its own distinct differences. The selection of the right seal is crucial for the maintenance and integrity of a given application due to some situations wherein not all are fit to work on some machines.

What are the benefits of Oil Seals ? Is it cost-effective?

Aside from keeping your machines in its best shape, oil seal has so much to offer than what’s mentioned above. Some of these are as follows:

Oil seals work like glue between two elements: a stationary and moving component. Their function is to remove the spaces between such elements to ensure both components resist non-lubricity. This is especially important in a precision bearing. Any non-lubricated contact from both the seal and other elements can lead to a catastrophic failure. This will result to seal damage and ultimately, extended maintenance downtime.

Oil Seals also serve as a prevention method ensuring that no foreign objects such as dirt and soil enter your equipment. Since seals are employed in a variety of applications (from industrial to automotive), an effective seal must maintain a high-impenetrable degree of exclusion when it comes to contaminants or foreign objects that would aggravate the performance of your machineries.

However, in some cases when you have been caught up in a situation such as seal failure while it’s under the process of filtering out contaminants, possible event such as excessive mechanical strain may be introduced resulting in mechanical failure.

In addition to the list of positive things it does to our mechanical applications are:

Oil seals play a major role in mechanical assemblies. Their strength and flexibility allows them to be used in numerous industries (any automotive or industrial application that has a rotating and moving part assembly) such as gearboxes, electric motors, industrial pumps, fans, and customized equipment.

In particular, oil seals are utilized in mechanical environments that must function under extreme pressure. This concept often applies to temperatures in which oil seals must operate. With its high degree of flexibility and use in various industries, oil seals must be able to work optimally in temperate conditions of – 70°C and +260°C.

Oil seals must also work in extreme fluid environments in which the risk of foreign contaminant is great. While most oil seals appear in the traditional ‘o-ring’ shape, oil seals can be manufactured to the specifications of each application. This means there’s a sealing solution for any uniquely designed equipment.

According to your requirements, the types of oil seals you can select from include:

Before an oil seal is installed, considerations must be made with regard to the type of application parameters  that it must function within. Considering these variables and factors ensures the right one is installed. A sound replacement affords mechanical longevity and proper functionality.

When selecting the right oil seal for your application, nine factors must be taken into consideration. Top bearing companies, designers, and maintenance engineers have specified the nine factors as:

These nine factors will also determine the right materials that your oil seals should be made of as wrongful selection can result in  failure, including excessive internal pressure on the seal itself, premature wear, lip hardening, cracks, and swelling.

Over time, this damage can incur massive costs.-particularly if such issues are not promptly addressed.

While there are a variety of oil seals to select from, it’s important to choose the right profile for the application. This not only guarantees optimum performance for the applications but it also ensures a safe working environment for years to come.

If you are in need of further information or a professional advice,  contact  our sales specialists at +971-4-886-5100 or send an e-mail to export@mcb.ae.