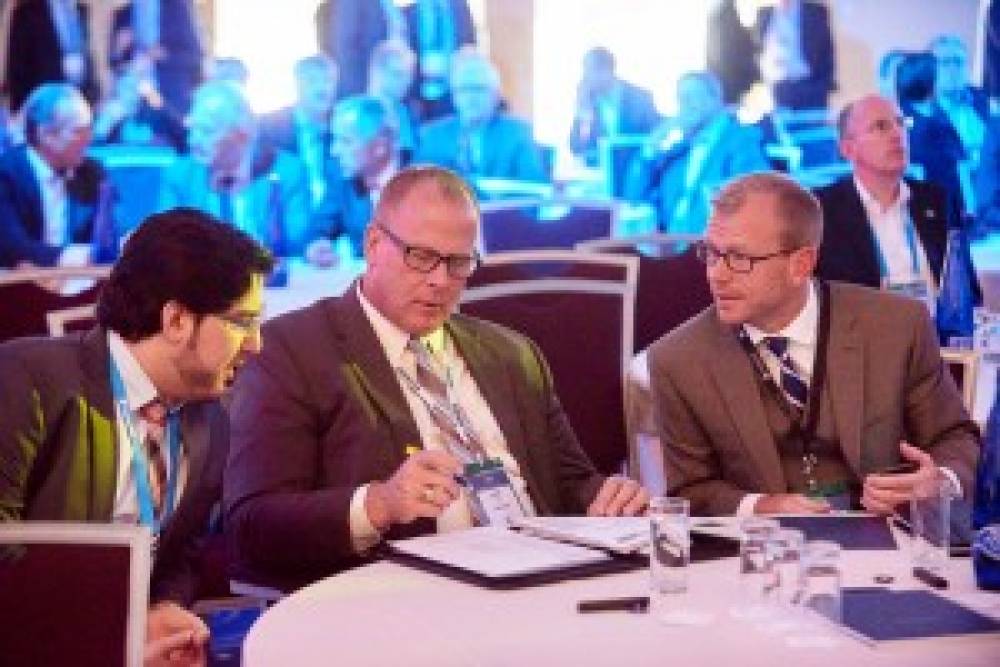 Voice of the region in EPTDA Barcelona 2015

Acknowledging the importance of market intelligence in the business community, Mineral Circles Bearings together with leading industry think tank, participated in the bi-annual Know Your Market Committee (KMYC) in the European Power Transmission Distributors Association (EPTDA) convention held in Barcelona, Spain from the 23rd – 25th of September 2015.

KMYC according to EPTDA’s website aims to identify, analyze, and disseminate business intelligence that are instrumental in culminating new frameworks necessary for industry reforms at the highest standards.

Recognizing the strength of emerging markets, EPTDA has expanded its global footprint by including Middle East and Africa (MEA) in its wing therefore acquiring the name EMEA Power Transmission Distributors Association, the largest organization for power transmission and motion control (PT/MC) in EMEA.

Representing MCB, Marketing Director Hassanein Alwan said, “EPTDA helps manufacturers and distributors expand their market base by opening new network opportunities through information sharing among its members.” He added, “In KMYC, we engage by educating one another about the market forces, current industry trends, and economic outlook which are fundamental for effective business strategies.”

With members from reputable companies such as Mondial S.p.A, Gates Europe, Timken, Josef Blässinger GmbH + Co. KG, and BRT Bearings Ltd, Alwan said, “We are honored for having been given the opportunity to be the voice of the MEA region in the committee and are pleased with EPTDA for recognizing MCB’s expertise and wealth of knowledge in the bearing industry.“

Calling Middle East and Africa as the lands of opportunity, Alwan stated that KMYC is an ideal platform for knowledge sharing and transfer of trust enabling its selected members to be game changers not just in EPTDA but in their own respective industries.