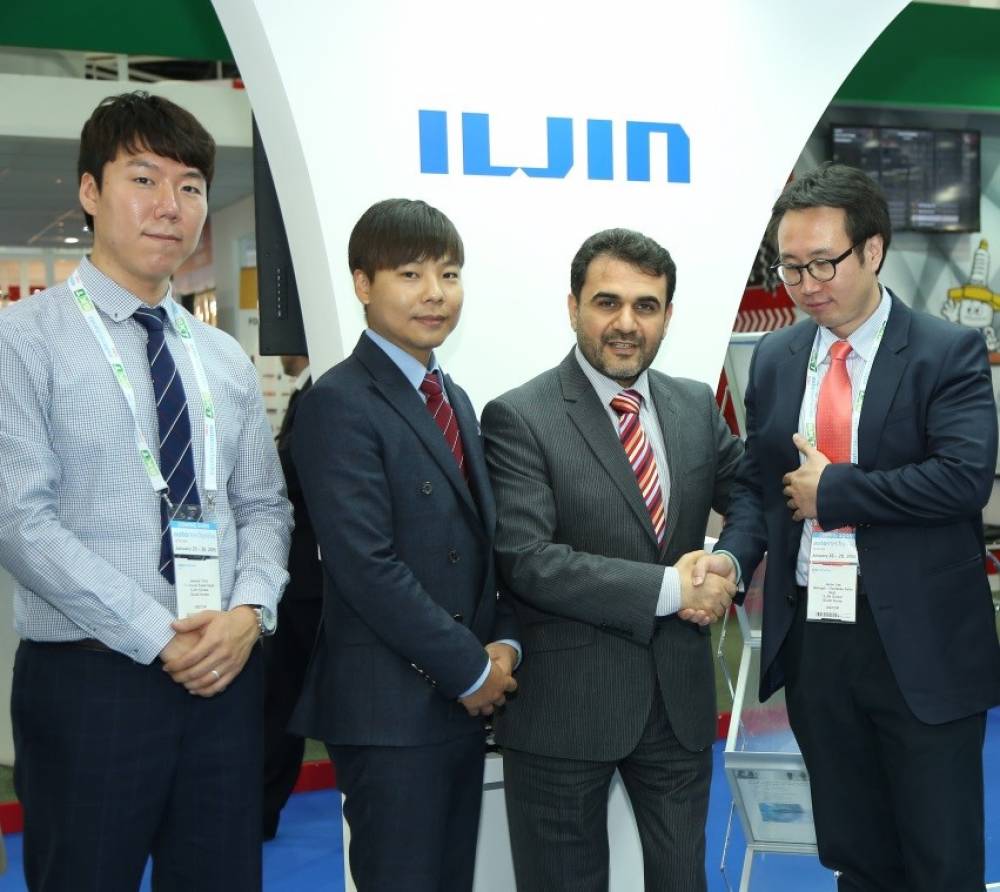 The deal was penned by Yoon Joo Lee, ILJIN Global’s Executive Director, and MCB’s Managing Director, Safaa Alwan, in the latter part of 2015. The MOU focused primarily on the new tapered roller bearing range and business cooperation techniques for the Middle East and Africa (MEA) region for the current year.

by Merivict Murillo of Tires and Parts

Aiming to reinforce the partnership established in 2012 between ILJIN, a premier global wheel bearing manufacturer and Mineral Circles Bearings (MCB), the two companies have recently penned a Memorandum of Understanding (MOU).

Speaking at the signing ceremony, Lee said that both companies make a good synergy by benefitting from each other’s strengths—ILJIN is eyed to obtain more brand power in MEA which is MCB’s region of expertise and MCB to increase its premium product portfolio through the South Korean company’s top of the range tapered roller bearings that are normally used in machineries for applications such as automotive, mining, agricultural and construction.

According to Hassanein Alwan, MCB’s Marketing Director, their relationship with ILJIN is more than a distributorship level. “We are their strongest partner in the region. This MOU is a blueprint for us to deepen our commitment on commercial investments and trade links.”

The breakthrough deal enables both companies to advance on their product and market diversification efforts despite global risks affecting major and budding economies.

Alwan noted that new opportunities arise during difficult times. “While everyone is on a wait-and-see mode, we introduce the ILJIN TRB range due to a foreseen increase in demand in countries such as Egypt, Libya, Iraq, KSA, and Syria. Since ILJIN is the original equipment manufacturer (OEM) for South Korean and American made vehicles, we are confident on the success of this venture as these car makers are preferred in the region.”

Lee reported that MEA is presently the second largest market for South Korean vehicles, an all-time high making their products essential for the growth of automotive aftermarket sales, the region’s current focal point of business. She also cited MCB’s strategic location in Dubai as crucial to the success of the partnership.

To accelerate the agreement terms, MCB is now accepting local distributors. “With our improved relationship with ILJIN, our customers can expect better service, competitive pricing, and stock availability,” Alwan said.

Combining ILJIN’s cutting-edge product and MCB’s powerhouse market base, this MOU is a powerful force to be reckoned with in MEA’s extremely competitive automotive aftermarket sector.

Feedback
Feedback
How would you rate your experience?
1
Bad!
2
Poor!
3
Fair!
4
Good!
5
Great!
Do you have any additional comment?
Next
Enter your email if you'd like us to contact you regarding with your feedback.
Back
Submit
Thank you for submitting your feedback!