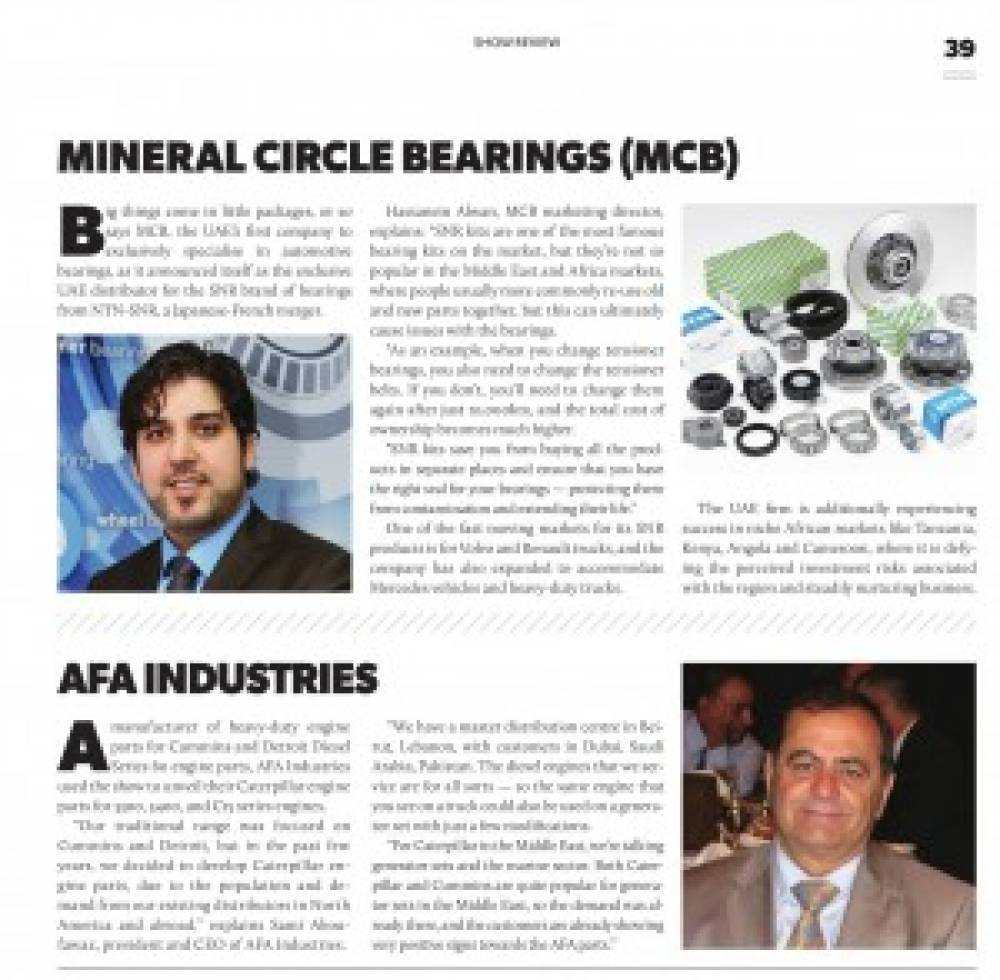 Big things come in little packages, or so says MCB, the UAE’s first company to exclusively specialize in automotive bearings, as it announced itself as the exclusive UAE distributor for the SNR brand of bearings from NTN-SNR, a Japanese-French merger.

Hassanein Alwan, MCB marketing director, explains: “SNR kits are one of the most famous bearing kits on the market, but they’re not so popular in the Middle East and Africa markets, where people usually more commonly re-use old and new parts together, but this can ultimately cause issues with the bearings.

“SNR kits save you from buying all the products in separate places and ensure that you have the right seal for your bearings — protecting them from contamination and extending their life.”

One of the fast moving markets for its SNR products is for Volvo and Renault trucks, and the company has also expanded to accommodate Mercedes vehicles and heavy-duty trucks.

The UAE firm is additionally experiencing success in niche African markets like Tanzania, Kenya, Angola and Cameroon, where it is defying the perceived investment risks associated with the region and steadily nurturing business.

Continue on the original site